The Most Evil Characters in Demon Slayer 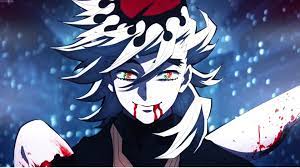 It’s no surprise that an anime with a name like Demon Slayer has a lot of evil characters. But some are more evil than others. If you’re looking to cosplay someone on the more villainous side, this list is for you. Remember to grab your Demon Slayer swords and get ready to fight these demons!

What is Demon Slayer about?

Demon Slayer is a dark anime series about a boy surviving a demon attack. Unfortunately, the rest of his family doesn’t make it. His sister, Nezuko, is alive but is slowly turning into a demon herself. To get revenge and hopefully cure his sister, Tanjiro joins the Demon Slayer Corps. He gains some skills and friends along the way. But there’s also a lot of creepy demonic characters that aren’t as heartfelt as Tanjiro and his friends. Here are all of the most sinister characters in Demon Slayer (Gnblognews).

Wait, wait… But he’s a Demon slayer! While Obanai isn’t a demon, he is just as evil as one and hates the Demon Slayer Corps just as much. He looks down on the lower-ranked members and doesn’t think twice before killing them off if he feels it’s necessary. It all makes sense when you learn he’s from an evil clan.

Gyutaro was forced to become evil thanks to his horrible upbringing. Now, the Upper Rank Six only cares about his sister. This flippant attitude about people’s lives has made him very dangerous. His sister Daki, however, may be even more evil. She is selfish and spoiled, killing innocent people on a whim.

The Spider Demon family is a formidable group of demons. The most powerful member is probably Rui, but Father Spider Demon is the most scary in appearance and attitude. He’s large and mutated, making him quite frightening. A lot of his attacks don’t even seem prompted, making him unpredictable.

This demon loves to torture and traumatize his victims, which are usually young girls. Most of his targets are 16 or below, making him one of the most sinister and disturbing demons in the series. What’s even worse is that he doesn’t have a sob story to back up his evil ways.

Yahaba is level-headed but that’s what makes him all the more terrifying. He is calculated when it comes to his murders, carefully planning their demise. His partner, Susamaru, is more impulsive. Killing is a sport to her. Together, they’re a nightmare.

One of the featured members of Muzan’s elite corps, a demon turned Rui into an evil and twisted creature. She isn’t even nice to her own siblings, a stranger to what love is. It’s no wonder that Rui is even more heartless to strangers.

Akaza has killed very high ranked demons, showing his true strength. His goal is to get stronger and doesn’t want anything to get in the way. He loves watching his enemies get hurt and feels no remorse for his actions.

Drum Demon was kicked out of the elite corps after becoming a bit too lazy. Imagine being bored of killing humans! That means he’s done it a bit too much. And for what? So he could be alone to play drums in his lair. The Drum Demon is selfish and heartless.

Nakime is a bit of a mystery. But she’s powerful and skilled, that much is known. She tortures and kills Lower Rank demons to become stronger. She does this by creating a never-ending castle that gets people lost and confused. That concept alone is quite terrifying.

Starting as a Lower Rank demon, Enmu became a terror that preys only on the weak. But the way he does it is even scarier. Enmu will lure in helpless victims by promising them a better life if they enter a dream, trapping them within. The concept is horrifying, especially when it’s followed by more psychological torture.

This is the Demon King himself. The reason he kills and how he does it is a mystery, making it even more scary and unpredictable to think about him. He is fine killing innocent people and other demons. And he seems to be working towards ruling the entire world. You don’t want to get in Muzan’s way.

Ready to fight some demons? Grab some Demon Slayer swords from Ice Imports and get ready to look evil in the face at the next anime convention.