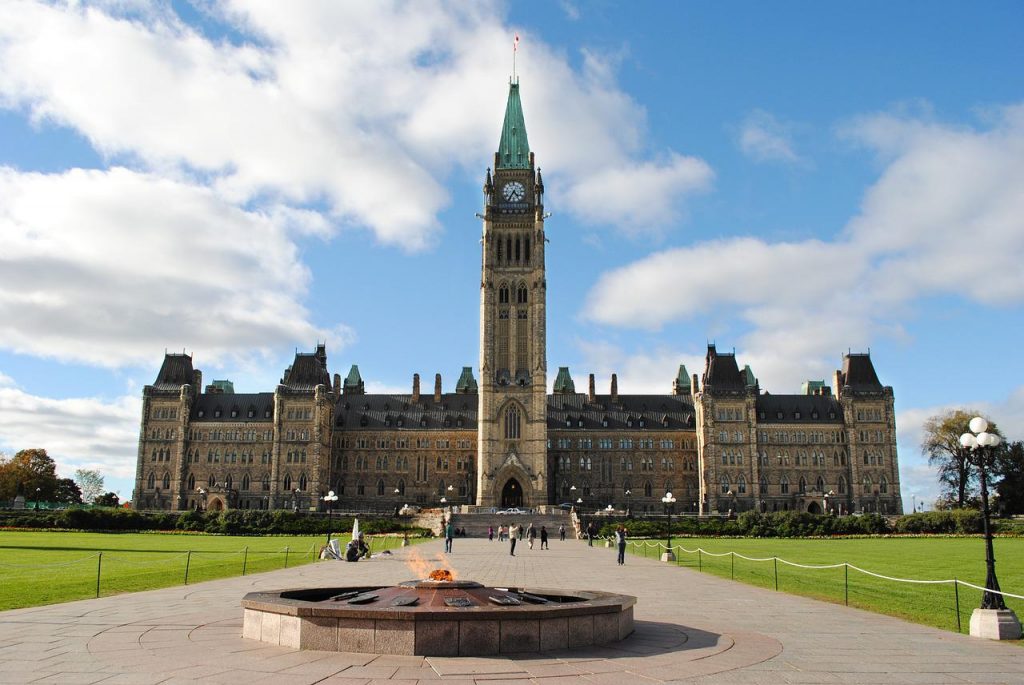 What is it like living in Ottawa? How do Ottawa’s living costs compare to those in other Canadian cities? As you prepare to relocate to Canada’s capital city, we can assist you in answering some of your concerns about Ottawa.

Ottawa is located in the eastern region of the province of Ontario, near the Quebec border. It takes roughly five hours to get there from Toronto and two hours from Montreal. It is located on the Ottawa River’s south bank. The border with the United States is roughly a one-hour drive south. Prescott–Ogdensburg is the nearest border crossing.

The National Capital Region is formed by Ottawa and Gatineau, located in Quebec (NCR). Founded as Bytown in 1826 and incorporated as “Ottawa” in 1855, the city has grown into Canada’s political and technical hub. Ottawa, founded as an Irish and French Christian town, has evolved into a cosmopolitan city with a diversified population.

The city’s population was 934,243 at the 2016 census, with a Census Metropolitan Area (CMA) population of 1,323,783. According to Mercer, Ottawa has the second-best quality of life in the Americas and the 14th best. Living in Ottawa also means living in Canada’s second cleanest city and the world’s third cleanest metropolis. In 2017, the city was named by MoneySense as the most acceptable community in Canada in which to live.

Ottawa is a bustling and energetic city, with the University of Ottawa and Carleton University dominating the city center. As the capital city, it features gorgeous architecture, a busy central center, and a varied range of attractive neighborhoods.

Dealing with or embracing the local climate is a huge aspect of life in Ottawa. Ottawa features four distinct seasons, with the winter being far colder than most newcomers are used to. From November onwards, there are cold spells, with snowfall from December through March and occasionally into April. The cold weather is predicted to linger until April, and wearing appropriately is an essential lesson for every new immigrant to master. The average low temperature in January is -14.8°C (5.4°F).

The spring season is brief and refreshing, with a few rain showers and pleasant, temperate temperatures. It typically lasts from April through May. Summer is hot and humid, lasting from June through September. Temperatures of 30°C (86°F) are frequent throughout the summer, and humidity levels can climb dramatically. Fall (Autumn) is a season that lasts from September through November and features some of the country’s most gorgeous scenery.

One of the best things about living in Ottawa is that the city is perfect for each season, and life goes on without a hitch, even when the temperature drops in the winter and rises in the summer. Winter in Ottawa is especially enjoyable. The Rideau Canal transformed into the world’s longest ice rink, and winter sports like skiing and snowshoeing are available within 20 minutes of the city center.

Summer in Ottawa is filled with public parks and green spaces and festivals regularly while the sun shines. Picnics and hikes in nearby parks are best in the spring and fall, with Gatineau Park on the Quebec side being a well-known example.

Ottawa is a safe, clean, and welcoming city, but its cost of living is higher than average but still affordable. Depending on your location, a one-bedroom apartment might cost anywhere from $1,200 to $1,600 per month or even more for a three-bedroom. This, too, depends on personal choice, the number of persons involved, and specific parameters. However, cheaper accommodation is available because of the presence of nearby institutions. Household amenities, such as internet, power, and garbage collection, are frequently included in the rent.

On the other hand, groceries and eating out might be prohibitively costly for residents of Ottawa. A pint of beer may be had for as cheap as $6, although international imports in more touristic and popular regions can cost up to $10. Tipping is customary (15-20% for exceptional service), while the local sales tax rate is 13%. (federal and provincial taxes combined).

Things to keep in mind when moving to Ottawa

Living in Ottawa means establishing a base in a clean and green environment. The Rideau Canal winds its way through the city, providing attractive scenic footpaths, walks, jogging tracks, and bike lanes. The canal is famous for being transformed into the world’s longest skating rink during the winter months. The canal is a popular tourist destination and a local hangout for Ottawa residents.

Ottawa is bike-friendly, with dedicated bike lanes on several major routes for cyclists to enjoy traffic-free commutes and the “Capital Pathway,” a 220-kilometer path that connects Ottawa and Gatineau. Many Ottawa residents lead healthy lifestyles and can be seen running, cycling, or skating on any day.

Being in Ottawa means living in the epicenter of Canadian politics. Ottawa is the federal government’s capital and administrative center. Many of its people work for the government in the civil service, and political patrons frequent many of the city’s clubs and restaurants. Politics in Canada may be fascinating and diverse, and it’s a great conversation starter while you’re out and about. Don’t be frightened to speak your mind.

The link to the French

Ottawa is a bilingual city, with numerous services available in both English and French, including all governmental services, certain educational institutions, and many tourism services. Anglophones and francophones alike will find it simple to live in Ottawa. French can be heard spoken on the streets, and many cafés and restaurants have a definite French atmosphere. Because virtually everyone speaks English, even if an attempt at French would be appreciated in some situations, it is not essential.

Ottawa is home to some of Canada’s oldest and most magnificent structures, several of which are architectural masterpieces in their own right. A stroll down Sparks Street or Wellington Street in front of the Parliament building may be magnificent. Don’t miss the free tour of Parliament for a panoramic perspective of Ottawa and Gatineau, Quebec’s capital.

How much money is need to effectively live in Ottawa?

For a single renter in Ottawa, the average monthly cost of living is $3,195. The price of housing, transport, foodstuffs, & entertainment are just a few of the many variables that go into calculating this median.

Is it costly to live in Ottawa?

Ottawa is a safe, clean, and pleasant city, yet the cost of living is higher than average but still manageable. Depending on your location, a one-bedroom apartment might cost anywhere from $1,200 to $1,600 per month or even more for a three-bedroom.

What is the minimum wage required to live in Ottawa?

Is it cheaper to live in Ottawa than in Toronto?