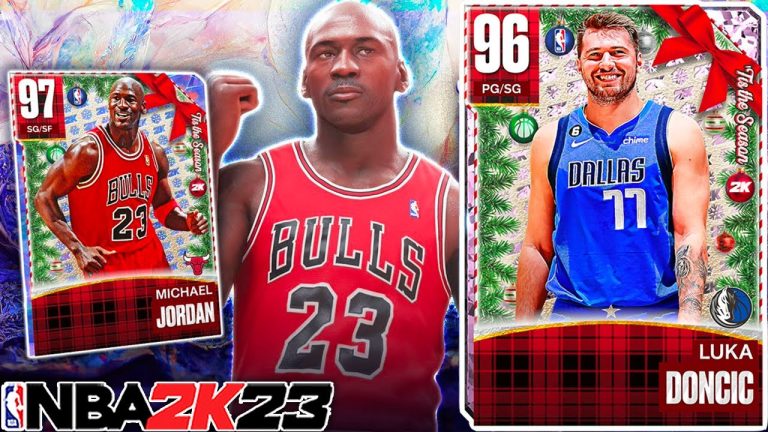 MTStacks is home to all the best deals and discounts if you want to buy 2K23 MT Coins on the cheap today!

The end-of-the year Christmas celebrations are now underway in NBA 23.

With Season 3 just launched prior to this festive period, new MT card packs have also been added for you to celebrate the event by unlocking impressive Galaxy Opal and Pink Diamond basketball players in-game.

The card packs in question come in the form of the ‘’Tis the Season’ promo, with its highest-rated MT card going to the legendary basketball icon, Michael Jordan!

The former Chicago Bulls superstar finds himself ranked as a Galaxy Opal player for MT, boasting incredible playing stats like:

Being one of the best basketball players in NBA history, Michael Jordan enjoys other outstanding 90-rated attributes as well, especially when it comes to his defensive duties.

Even better, his player card badges makes him one of the scariest players to go up against inside the court:

The ‘’Tis the Season’ promo is set to run until 30th December 2022 (Friday), so you need to be quick in order to nab Michael Jordan via card packs.

If you missed out on Michael Jordan’s phenomenal MT card here, though, you can always find it inside the in-game Auction House too.

However, it would certainly cost you a lot of MT Coins in the process.

If you want to add safe NBA MT Coins inside your account first, make sure to visit MTStacks for all the greatest deals and discounts on offer!

Get the best Buy Non Prime accounts at lowest price for less at our website.