History of Cosplaying and Where to Find High-Quality Cosplay Swords 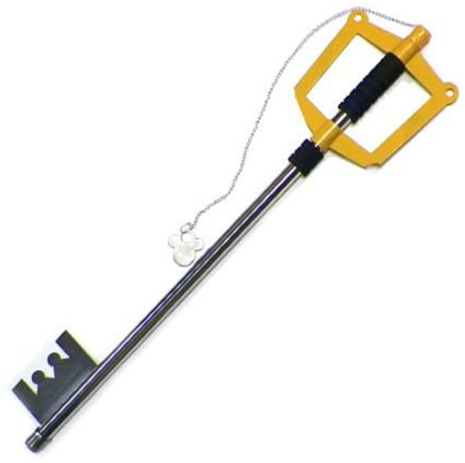 Cosplaying is a hobby, a way of expressing oneself, and art. But how did cosplaying come to be? And how did cosplay become so much more complex? Here is how we went from just watching Naruto to holding a Sasuke sword at a big anime convention.

Cosplaying, also known as costume play, is a hobby in which individuals create and wear costumes and accessories to represent a specific character or idea. The practice of cosplaying has its roots in several different cultural and artistic traditions, and has evolved over time to become a popular form of self-expression and entertainment around the world.

In the decades that followed, the concept of cosplaying spread to other areas of popular culture, including comic book conventions, anime conventions, and gaming conventions. As the internet became more widespread, cosplaying also gained a larger online presence, with many cosplayers sharing their costumes and creations on social media and online communities.

Over time, cosplaying has become an increasingly popular hobby, with people of all ages and backgrounds participating in the activity. Cosplayers often spend months or even years creating their costumes, which can range from simple to highly elaborate, and may involve sewing, sculpting, and other forms of craftsmanship.

In addition to the creative aspect of cosplaying, the activity also has a strong social aspect, with cosplayers often coming together at conventions and other events to share their costumes and meet like-minded individuals.

Today, cosplaying is a beloved pastime for many people around the world, and continues to evolve and grow as a form of self-expression and entertainment.

Cosplaying has become a popular hobby around the world, with many people enjoying the opportunity to create and wear costumes inspired by their favorite characters. While there are countless talented cosplayers who have gained a following online and at conventions, there are a few individuals who have become especially well-known for their cosplaying skills and contributions to the community.

One of the most popular cosplayers is Yaya Han, who has been cosplaying since 1999 and has become a household name in the cosplay community. Han is known for her elaborate and highly accurate costumes, which have won numerous awards at conventions and online competitions. Han has also made a name for herself as a cosplay judge, designer, and model, and has been featured in numerous media outlets for her cosplay work.

Another popular cosplayer is Victoria Schmidt, also known as “Viktoria-Sama,” who has gained a large following for her cosplays of characters from anime, video games, and other popular media. Schmidt is known for her attention to detail and commitment to staying true to the source material, and has won numerous awards for her cosplays.

Other popular cosplayers include Jessica Nigri, who is known for her energetic and charismatic cosplays, and Riki LeCotey, who has gained a following for her intricate and beautifully crafted costumes.

While these are just a few examples, there are countless talented and popular cosplayers around the world, each with their own unique style and approach to the hobby. Whether they are creating elaborate costumes or simply having fun dressing up as their favorite characters, cosplayers are an integral part of the pop culture landscape and continue to inspire and entertain fans around the world.

Importance of swords in cosplaying

Swords are often an important element in cosplaying, as they can help to accurately represent characters or themes from various forms of media, such as video games, movies, and television shows. Many cosplayers choose to include swords as part of their costume in order to add an extra layer of authenticity and detail to their character representation.

In addition to their role in cosplay, swords can also be used as props for photo shoots or stage performances, helping to bring characters and stories to life. Swords can be used to create dynamic and action-packed poses, adding visual interest and excitement to cosplay photography.

Beyond their aesthetic value, swords can also be a source of personal enjoyment for cosplayers who are interested in swordplay or martial arts. Some cosplayers may choose to train with swords or other weapons as a form of physical activity or as a way to better understand and portray their characters.

Looking to add realistic and accurate cosplay swords to your next cosplay? Check out Ice Import’s collection of popular swords inspired by the biggest anime in the world. From a Sasuke sword to Link sword, you will be able to properly portray any anime character with ease.